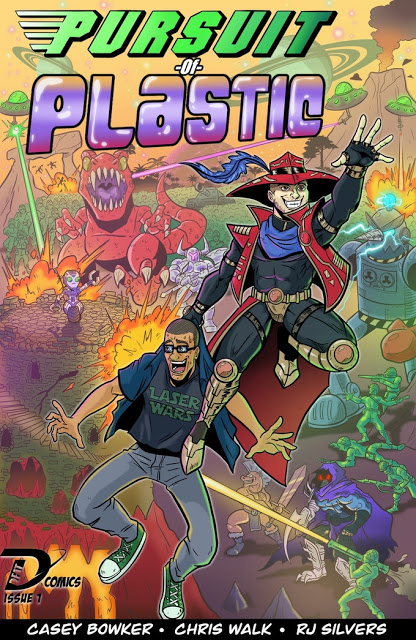 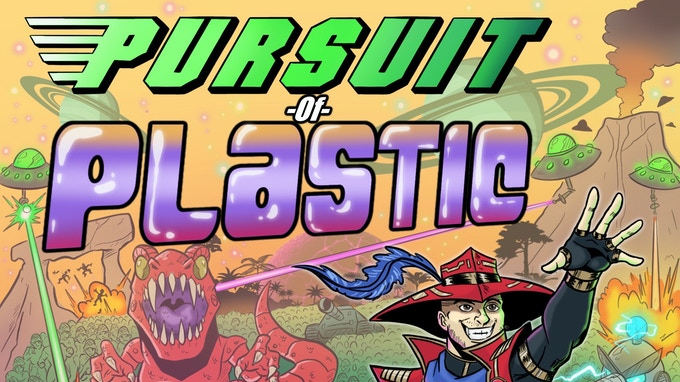 A new comic book titled “Pursuit of Plastic” is now on Kickstarter which “travels to different ‘Toy Worlds’ that embody all of the collectibles you grew up with and more.” The main characters are Casey and Chris who host the geeky pop culture site DontForgetaTowel.com and also wrote the comic.

“The story is a love letter to anyone who wound up their G.I. Joe figure so tight it snapped! Who built a car from LEGO to visit a world they created, or took She-Ra on an adventure with her brother He-Man.” The inter-dimensional adventure is also described as “Toy Story meets Indiana Jones with a bit of Star Wars for good measure.”
This sounds like a really fun book that will register high on the nostalgia meter for children of the ’80s. Watch the promo video and take glimpse of the cover below. Click over now to the Pursuit of Plastic Kickstarter and support the creators closer to their goal. (As of this article publishing, the campaign is already 66% funded!)