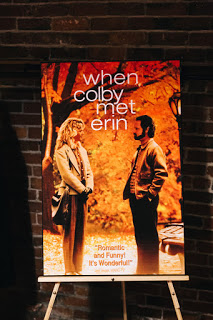 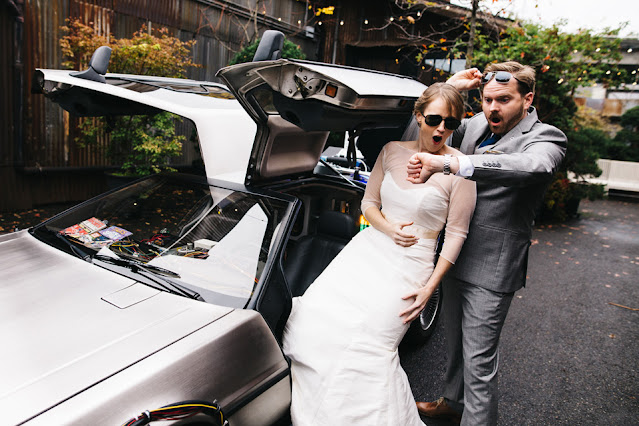 If you lived through the ’80s you would know what an incredible decade it was. Over the top fashion, glam rock, and incredible music. Madonna was the muse of the people, and the mullet was the top hairstyle for years. The ’80s always brings a sense of nostalgia for people who went through those times. For die-hard fanatics though, those were the golden age of fashion and culture. Here are 7 Great Tips for Hosting an ’80s Themed Wedding:

Utilize Shoulder Pads and Long Trains in Your Wedding Gown

The ’80s had a very specific type of fashion, and if you’ve seen wedding scenes in 80’s movies, you’ll notice that their gowns had a certain look. Foremost among these features are shoulder pads and long trains. Shoulder pads were a constant in 80’s fashion, and they were utilized in a myriad of dresses and suits. They gave the wearer a dignified and powerful look. You should combine your shoulder pads with a long train for maximum effect. This combination will surely make your wedding gown a real head-turner.

’80s Hairstyles are in Again

The mullet was the favored hairstyle for men during the ’80s, and crimped hair was a favorite for women. This style of hairstyle is characterized for its zig-zag and wavy appearance. Although it was at its most relevant around a decade or two ago, the crimped hairstyle is slowly undergoing a resurgence.

So if you want to look like a total 80’s girl during your wedding, you should really try out the crimped hairstyle. It is a totally radical hairstyle that will give you a bodacious overall look. As for the groom, the mullet is an iconic hairstyle that will man make him look like a true-blue 80’s rocks star. Hairstyles were an important aspect of fashion during the ’80s, and you should take it as seriously as possible.

When you talk about the 80’s you are talking about a decade that had iconic products. So you should make sure that you use these totally radical products in your wedding. This will not only give off a sense of nostalgia, but it will also make your wedding look as classy as ever. Here are some radical props that you could use in your wedding: 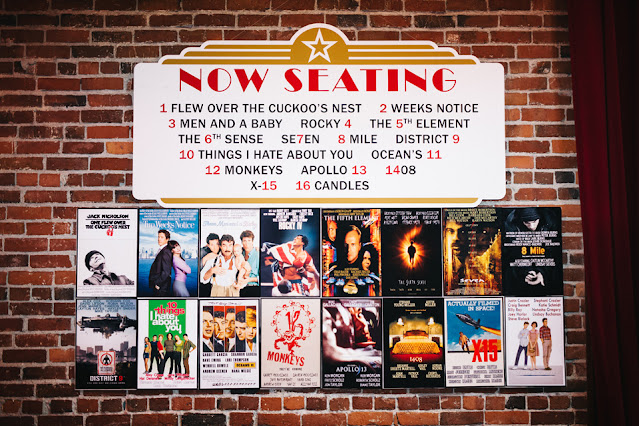 One of the biggest highlights of the ’80s was its music. Bands such as Duran Duran, Def Leppard, and Guns N’ Roses had their heyday during this era. So it really makes sense that you utilize them in your wedding as much as possible. Make a playlist of your favorite ’80s music, and give it to your DJ. Try to hire a DJ who was also an 80’s kid and is also passionate about the era’s music.

The ’80s was known as an era where games and toys were at their heyday. It was the decade where the Atari first came out. It was also an era where the arcades were at their most popular. They were places where kids and teens of all ages hung out and met up with their friends. You can tap into these nostalgic memories by renting arcade machines. Fill them up with beloved arcade games such as Donkey Kong, Space Invaders, Pac-man, Frogger, and a myriad of other games. For a lot of ’80s kids, the arcade was their favorite place in the world. So why not bring back the good old days and treat your guests to an arcade experience.

During the ’80s people, the US was in its financial heyday. Companies were doing extremely well, and the competition was fierce. Advertising companies worked overtime to sell their products. In many ways, the 1980s was an era where new products come out of the woodwork every day. It was an era characterized by a lot of products. So you should take advantage of this, and distribute ’80s themed giveaways at your wedding. These giveaways could be old toys such as Garbage Pail Kids cards, Scratch N Sniff stickers, action figures, and a myriad of other products.

The ’80s was iconic for its color palette. It was characterized by its bright and multi-colored scheme. Designers used neon and various rainbow-like patterns in both clothing and decorations. So you should take their cue and use them in your wedding’s color scheme. Use colors such as burgundy, pink, neon, and aquamarine. You could use neon-colored vases for wedding decorations. You could hang rainbow patterned table sheets and napkins. The ’80s was a truly colorful and inventive era, so you should make sure that you follow the color palette as much as possible.

The ’80s were a magnificent time for most people, and using the motifs and concepts of the time is a great theme for any party. However, the ’80s had a very specific feel. So if you are going to hold an ’80s themed wedding, you should do your research, lest you offend other people who have lived through this specific decade. Luckily for you, these tips will make your themed party a whole lot more authentic.