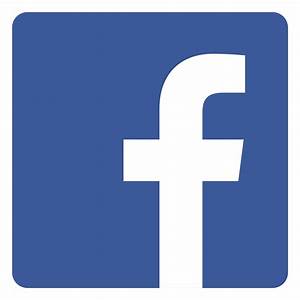 As part of a research experiment announced Monday Facebook is offering to pay you real money to deactivate your Facebook and Instagram accounts through the Presidential election.

Facebook gives the options of $10, $15, and $20 per week as some users would be asked to deactivate for one week while others could be asked to leave the platform up to six weeks total. 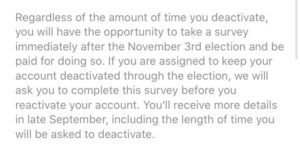 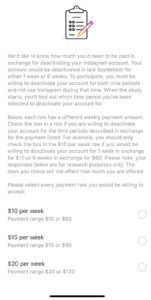