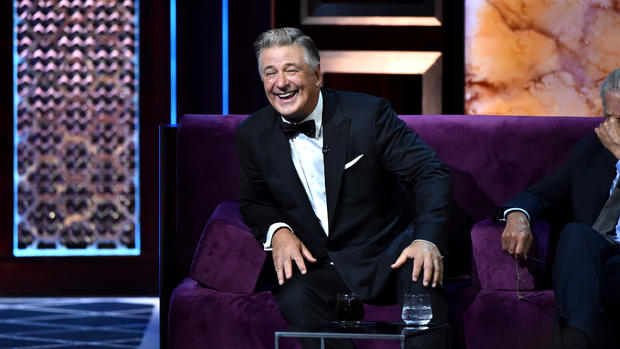 Cardi B has talked with presidential candidates in the past and she recently flexed her political muscles again when she joined Joe Biden for an ELLE Magazine interview. The 2020 Democratic presidential candidate engaged in a wide-ranging conversation with the music star and activist about the issues that matter most to her.

To start off the Zoom interview, Biden told Cardi B that they may be related — his daughter used to call him “Joey B” growing up. After Cardi greeted Biden’s daughter, Ashley, the interview took a serious turn.

Biden asked Cardi B about the issues that interest her in this election, and her list was extensive. The rapper, whose real name is Belcalis Almánzar, said first she wants President Trump out, citing his handling of the coronavirus pandemic as one issue.

“And also what I want is free Medicare,” she said. “It’s important to have free [health care] because look what is happening right now. Of course, I think we need free college. And I want Black people to stop getting killed and no justice for it. I’m tired of it. I’m sick of it.”

Biden responded by saying, “There’s no reason why we can’t have all of that,” and he stressed the importance of presidents taking responsibility, leveling with the American people and telling the truth.

Biden urged young vote to turn out and vote, saying that if more 18- to 24-year-olds had voted in 2016, Hillary Clinton would have been president instead of Donald Trump.

“The vote matters,” Biden said. “That’s why you keep talking to people about the need to vote. Your generation can own what happens in the next election. They can change things dramatically if they show up and vote.”

During the Zoom conversation, the two bonded over being parents. Biden, who is 77, noted that he had four kids and five grandchildren. Cardi B, who is 27, has a 2-year-old daughter with her husband, fellow rapper Offset.

She brought up her concern about the lack of after-school programs for kids, saying programs she grew up with are now disappearing from her neighborhood.

“I’m the guy that put in those after-school programs,” Biden said. “I was able to get $20 billion [for] more boys and girls clubs.” He blamed the loss of such programs on people not wanting to pay taxes to support them.

Biden also told Cardi B one of the things he most admires about her “is that you keep talking about what I call equity—decency, fairness, and treating people with respect.”

“John Lewis, one of the great civil rights leaders, used to say the vote is the most powerful nonviolent tool you have,” Biden said. He spoke of the civil rights movement, and how people are again demanding racial justice and change.

Biden praised the younger generation, saying they are the “smartest, the best educated, the least prejudiced, and the most engaged generation in history.”

“Look what they’re seeing now with this president. He’s promoting hatred, prejudice, racism. Talking about protecting the Confederate flag when Mississippi takes it off their flag,” Biden said. “This is all about the game of making people hate each other. Because that’s how he wins, by dividing us. Your generation is changing it.”

Cardi B said prejudice is dangerous and “could be the start of a civil war.”

“Everybody just wants the best for themselves, their future, their kids’ future. I don’t want to [have] to tell my kid, ‘You have to be careful going to the store. Don’t wear a hoodie. Please don’t get stopped.’ We don’t want that,” she said.

Earlier in the primary season, Cardi B was a prominent supporter of Bernie Sanders, but once Biden ascended to the top of the Democratic field she came out and endorsed him.

In addition to child care and health care, Cardi B said one of the issues she focuses on most — and one her fans are concerned with — is the need for free college. The rapper opened up about her own education and the struggle to transition from high school to college.

“I’m from New York, and when you’re in high school or middle school, they give you a free MetroCard for you to be able to get to your school, and they gave me free lunch,” she said. “When I was in college, I didn’t get any more [free] transportation. So I had to get a job, because I needed $5 every single day to be able to go from Washington Heights to Chambers Street. And I had to feed myself.”

The rapper said some days she had to wait until she got home to eat, because she was able to afford lunch. “I was starving, and I felt so discouraged,” she said. “So I just feel like that is so important, to finance students while they’re in college.”

Biden told Cardi B that if he is elected president, he’ll push for families that make less than $125,000 to get free education. When the rapper asked if that would actually happen, the candidate said, “Absolutely, positively.”

“Just check me out; I’ve never broken my word. Never in my life,” Biden said.