The St. Louis Cardinals’ shutdown due to a COVID-19 outbreak will go through at least Wednesday, the league announced Sunday.  With another positive test, MLB said that this week’s three-game set against the Pittsburgh Pirates at Busch Stadium has been postponed. The team announced that outfielder Lane Thomas had tested positive, bringing the club’s total to 10 players and seven staffers.

St. Louis has played just five games, and with this series cancellation it brings the team’s total to 15 postponed games. ”In light of the most recent positive test results, MLB and the Club believe it is prudent to conduct additional testing while players and staff are quarantined before the team returns to play,” Major League Baseball said in a statement Sunday.

St. Louis is scheduled to play a doubleheader on Thursday against the Tigers in Detroit – makeups for postponed games on Aug. 4 and 5.. 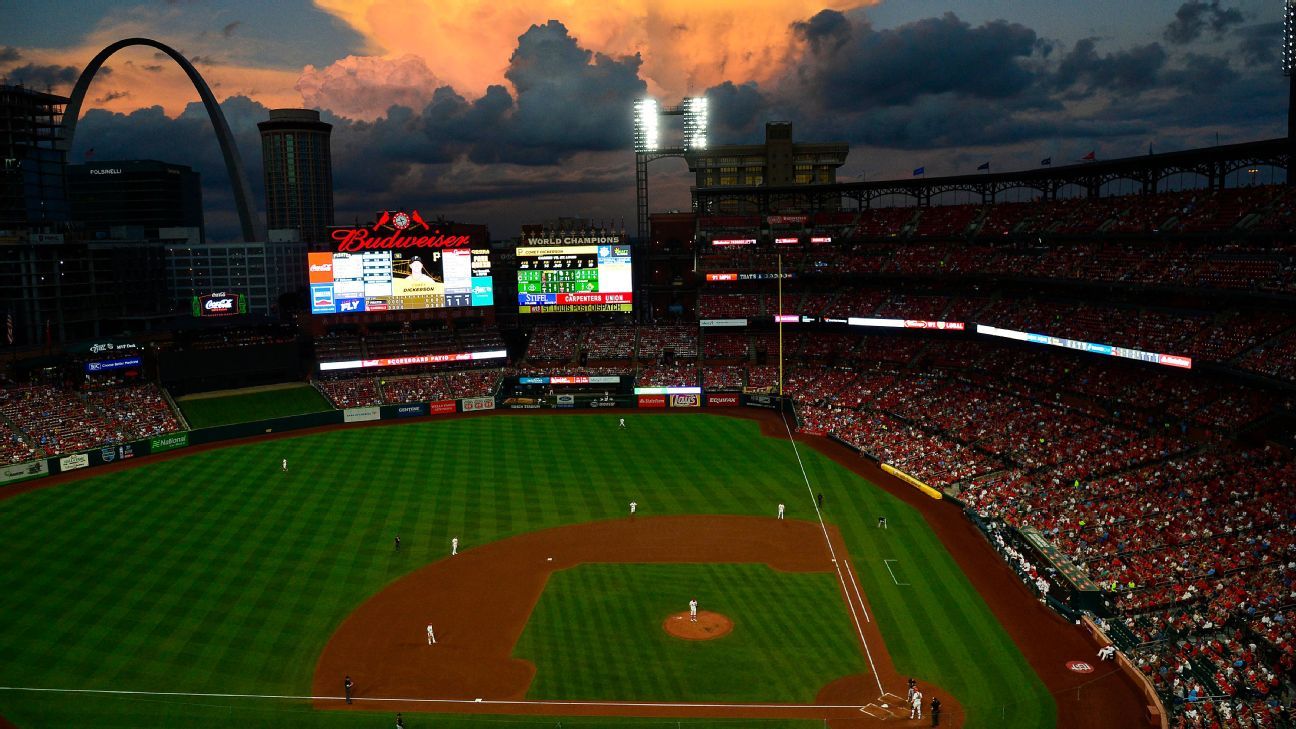 Via www.espn.com
The Pirates-Cardinals series this week has been postponed because of the coronavirus, MLB announced.
08/09/2020 8:59 PM

Previous Story
Philadelphia 76ers Ben Simmons Likely Out For Season Due To Knee Surgery
Next Story
20 Injured, One Dead In Washington D.C. Shooting