Washington Nationals pitcher left his start against the New York Mets after only one inning Wednesday night. It was reported that Scherzer exited the game due to a right hamstring issue. Erick Fedde replaced him in the top of the second.

Scherzer went to 2-0 counts against each of the Mets’ first two hitters, allowing one hit, walking one and giving up one run. The Mets went on to earn a 3-1 win over the Nationals, with starter Rick Porcello picking up his 150th career win Wednesday night. He struck out four and allowed one run on five hits across seven innings.

The Nationals host the Baltimore Orioles for a three-game series starting Friday, while the Mets will face the Miami Marlins in a three-game set beginning the same day. 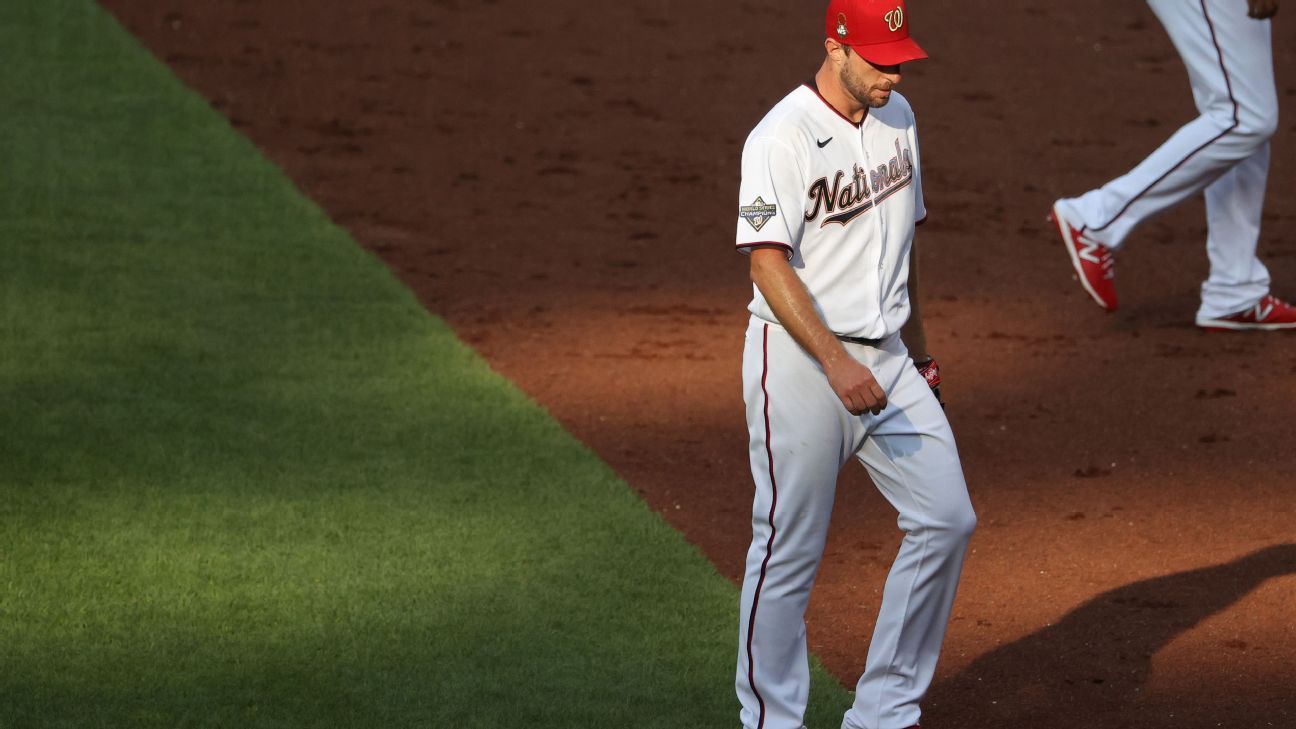 Via www.espn.com
Washington’s Max Scherzer left his start against the Mets after just one inning Wednesday night…
08/05/2020 9:41 PM
Previous Story
The 80s: A Golden Age For Video Games
Next Story
NCAA Division II And III Fall Championships Canceled Due To COVID-19 Pandemic