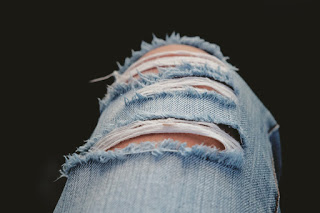 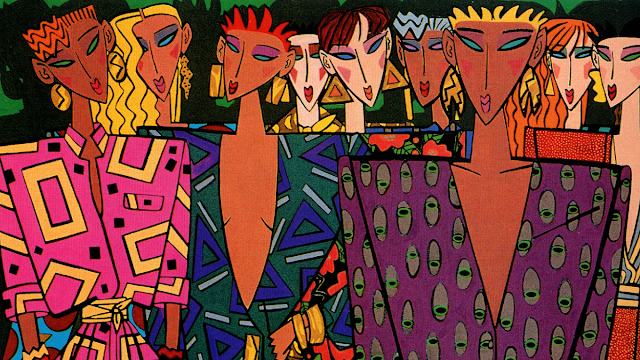 It’s safe to say that the ’80s are identifiable in so many ways. It was an amazing decade to say the least. There are so many sporty cars, there was a TV in nearly every home and the music was fast. On top of this, new materials launched, and they changed the world. The ’80s was the polar opposite of boring and everything was just…louder. Of course, it would be impossible to define everything from the 80’s in a single post, and that is why we have created this guide which focuses just on the fashion side of things. Take a look below to find out more.

Perms were huge in the ’80s. You had big bangs, feathers and curls. The ’80s was the decade which helped all of this take-off and it is incredible to see how far things have come in recent years. Of course, if you have not really delved into the 80’s hairstyles before then there are plenty of guides out there which show throwbacks to your favorite celebrities, so you can find out everything you need to know about the top stars in the industry without having to do much digging.

Another huge influencing style in the ’80s was spandex. Lycra did change the world and at one point, it looked like everyone was wearing it. You had men, women, boys and girls who donned the look and at the time it was seen as being the material of the future. If you look at some of the top pop and rock stars in the industry you will soon see that they wore it as well, and this really helped the trend to take off in the mainstream market.

When folks were not wearing skin-tight leggings, they chose to wear ripped jeans. The jeans in the ’80s looked like they had seen better days, but they were all the rage back in the day and everyone knew it. Of course, not everyone could afford to buy ripped jeans, so some people choose to put their own rips in. This was great, until you visited your grandma’s house and she told you that you needed to fix your pants. Either way, they really were the big thing back then and even today, you still see people walking around in them. No ’80s movie is complete without ripped jeans because it was an iconic staple for the fashion industry.

In the ’80s people thought that shirts needed, well, more shirt. That is why nearly every shirt had frills on it. T-shirts also came with some added frills on them too. This was really incredible to see and at one point it would seem that every single person owned at least one frilly shirt. If you want an example of who made frills famous, then you don’t need to look further than the one and only Prince. He became an icon for frilly-shirt fashion.

Leg warmers were also very popular during this time. Of course, if you look at any exercise video, you will soon see that nearly everyone is wearing leggings, as at the time it was the in-thing. Leg warmers also come in very bright neon colors and this helped the people wearing them to embrace the style that the decade was known for. It was all very colorful, and a true testament to how fun the 80’s were.

High-waisted jeans were in when you look at ’80s fashion. Now they are called mom jeans, but back in the day, high-rise jeans made a solid statement and nearly everyone wore them. High-waisted jeans were commonly seen in light denim colours, but it was possible to see them in dark denim as well. There’s something about lighter denim that’s just synonymous with that ’80s style though. If you want to embrace your true style, then why not get some glasses online? There are so many 80’s styles available, making it easier than ever for you to relive your youth.

Why go big and bold in everything, and then choose muted colors? That doesn’t make any sense, and that is why neon colors were so great in terms of fashion. Neon colors really popped out when you were on the dance floor and it just goes to show how much things have changed until now. In this day and age, neon colors are rarely seen in clothing, but that being said, in the 80’s, you probably looked a little strange if you didn’t have some kind of neon wristband when going to the club.

The mullet haircut showed that you meant business in the front, but you were up for partying at the back. It was a great haircut and even though the ’80s era was the only time when mullets were cool, it’s safe to say that they made a huge impact on fashion overall.

Asymmetry really did stand out as being a trend in the 80’s. Ponytails, at one point, just started to migrate to the side of the head. How this trend came about is a real head-scratcher but that being said, it was a cool trend that was very popular among females. It just goes to show how fun the 80’s were, and it would be a rare occurrence if you were to go to the club and see nobody with this haircut.

So many people chose to cut off the bottom of their sweatshirts in this era. Why? Nobody really knows, but at the end of the day, it seemed to work. This particular trend spread across the genders and so many people embraced it as true fashion. So many people choose to wear clothes like this even to this day, but now the clothing is very different and often comes with an elasticated bottom so the material doesn’t unravel on itself. Either way, this was a real trend-setter back in the day and so many people will have fond memories of fashion statements like this.