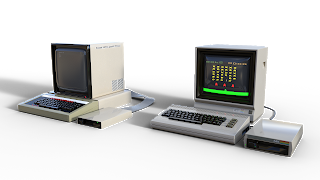 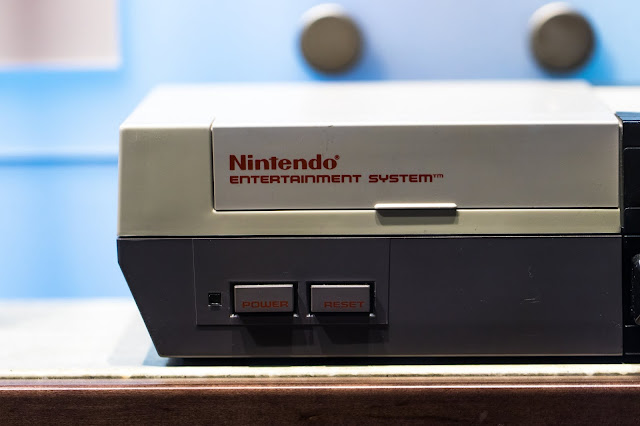 Ask almost anyone about the 1980s in video games and they’ll probably bring up the great crash of 1983. This catastrophic event was caused by a number of factors, each of which was interlinked. The major catalyst was 1982’s E.T. the Extra-Terrestrial, which was considered to be of such poor quality that it near enough killed interest in video games in general. Thankfully, Nintendo almost single-handedly saved the industry from destruction, and now the gaming industry is as healthy as it’s ever been, although some think another crash is on the horizon. Whatever the case may be, we’re here to make the case that the ’80s constituted a golden age for video games. Here’s why.

The difference between the Atari 2600 and the NES in terms of visual fidelity is pretty stark. Where Atari’s machine could only render vague shapes at best, Nintendo’s, by comparison, offered immersive, colorful worlds to get lost in. Indeed, you can trace the NES’ legacy of increasing graphical fidelity all the way to today’s consoles, which not only offer excellent 3D graphics but also the opportunity to use built-in web browsers to hunt for 2020 hidden coupons for Springbok Casino. That ability started with the NES and its range of quite brilliant peripherals and add-ons. Thanks to the NES, video games as we know them today can exist.

The games were excellent

Pick a classic franchise and the chances are it got its start in the 1980s. Mario, Zelda, Mega Man, and even Resident Evil all have their beginnings in this decade. Of course, upstarts like Halo, Gears of War, and Call of Duty would define a generation of gaming, but even as they established dominance over the gaming landscape, Mario and Zelda continued to enthrall gamers around the world. Many franchises from the 80s have now sadly died or faded away, but not before they started entire movements in and of themselves; games like Koji Igarashi’s Bloodstained: Ritual of the Night couldn’t exist without 1986’s Castlevania.

Thanks to the NES’ support for multiple controllers (which, to be fair, the Atari 2600 also offered), multiplayer gaming enjoyed a massive boom in the 1980s. The NES had an absolute smorgasbord of multiplayer games that you could experience with friends, and even some of the most popular games of the time, like Super Mario Bros. 3, could be enjoyed multiplayer. In Japan, Nintendo even pioneered the Famicom Network System, an early online gaming prototype that could be used to access cheats for games as well as stock reports, weather updates, and more. The 1980s truly provided the blueprint for gaming as we know it today.

Today’s triple-A video games can feel like committee-designed projects that don’t bear the stamp of a single creative vision. That was not the case in the 1980s. Granted, games like Super Mario Bros and The Legend of Zelda were the results of creative teams working in tandem, but those teams tended to be relatively small thanks to the meager graphics ’80s gaming machines could muster. Today, creative or progressive ideas can be left out of games because of a fear they wouldn’t help the product sell, but in the ’80s the gaming landscape was more of a wilderness and resembled the modern indie scene. This wasn’t necessarily better, but it certainly made big-budget productions more interesting.

Some point to Software’s Doom or Wolfenstein 3D as the progenitors of the first-person shooter genre, but there was another game that could lay claim to this title. 1987’s MIDI Maze was a Pac-Man style maze game viewed from a first-person perspective. It offered local area network multiplayer via a MIDI interface and was the first game to do so. In this way, MIDI Maze predates modern shooters more closely than Doom or Wolfenstein do. True FPS games wouldn’t come around until the aforementioned titles in the early 90s, but without MIDI Maze, it’s hard to imagine modern stalwarts like Halo or Call of Duty having the vice grip they do.

For a long time, PC gaming was viewed as exclusive and overly complex. The reason for this may have been the PC games available for DOS and Windows systems in the 1980s, which often featured complicated systems and more involved controls than their console counterparts. Titles like Elite, Ultima, and King’s Quest offered a more intricate gaming experience than immediate jump-in-and-play games like Mario or Metroid. For this reason, PC gaming was often seen as the place for “serious” gamers, while “kids” gamed on NES consoles or Atari machines. Of course, the truth was far more nuanced than this, but we have this era to blame for still-extant conceptions of PC gaming. Those conceptions had a flipside, though; PC gaming felt smarter and more immersive than console gaming.

The “Nintendo Seal of Approval”

Part of the reason Nintendo was able to stave off the video gaming crisis of 1983 was the introduction of the Nintendo Seal of Approval. In essence, this meant any third-party (that is, non-Nintendo) developer submitting a game for the NES had to adhere to certain standards and regulations guaranteeing a level of quality. This prevented the problem that had killed the market in 1983, namely an avalanche of sub-standard titles designed by lazy developers simply looking for a quick buck. It didn’t stop the NES playing host to its own dubious lineup of less-than-stellar software, but for the most part, the NES ushered in an era of significantly ramped-up quality control.