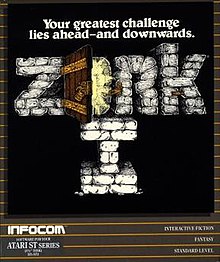 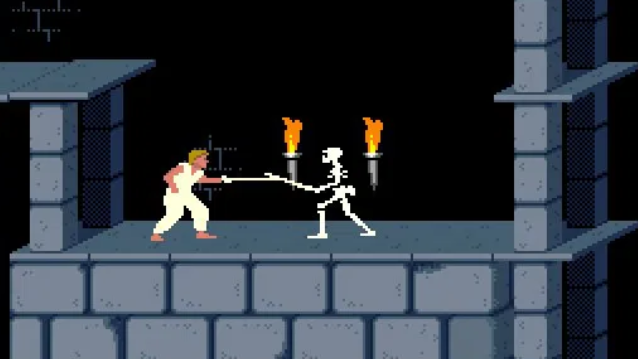 Many people think of PC gaming as an entirely modern discipline. It’s definitely true that PC gaming is much more advanced and technologically accomplished than it used to be. Graphical user interfaces mean that now, if you want to play a game – if you feel like firing up an online casino game, for example – you can simply choose the game you like with NorskCasinoHEX and be on your way. Things weren’t so simple in the 1980s. DOS made everything more difficult thanks to text-based interfaces, and even when GUIs were introduced, it was difficult to game on PC. However, despite these odds, developers created some of the best works ever in this period.

The original Microsoft Flight Simulator was an astonishingly accomplished product given its technical fidelity, or lack thereof. It’s a very basic game by today’s standards, but it offered an early full-3D experience and a remarkably accurate simulation of a flight cockpit. With Microsoft Flight Simulator 2020 well on the way, now might be a good time to revisit the good-natured and primitive game that gave this series its start on PCs in 1982.

Have you played Elite: Dangerous? This 2015 effort from Frontier Developments was Kickstarted thanks in large part to nostalgia surrounding the original Elite from 1984. Radiohead’s Jonny Greenwood has also said that the original Elite is one of his favorite video games, so it’s got a serious pedigree behind it. There’s a good reason for that: this space trading game offered a huge amount of breadth and complexity for its time, allowing players to effectively become whatever kind of space pilot they wanted to be.

One of LucasArts’ earliest and most well-executed point-and-click adventure games, Maniac Mansion is probably better-known for its spiritual successor Day of the Tentacle. In fact, it’s playable in Day of the Tentacle, so if you do want to experience this game nowadays, you have only to check out the remastered version of Schafer and company’s underrated masterpiece. Maniac Mansion is a pioneer, allowing players to choose from a cast of characters and explore the mansion however they please.

“You are likely to be eaten by a grue”. Do these words sound familiar? If they do, that’s because you’ve played Zork, one of the most iconic PC games of the 1980s. It’s an entirely text-based affair that looks primitive by modern standards, but the writing in Zork still manages to be evocative and compelling. On the surface, it’s a tale of exploration and fantasy, but it’s also an influential text adventure that came to define a generation of role-playing titles.

If you’ve ever played a Fallout game, you owe the existence of that franchise to Wasteland. This series is still going strong today, and that’s because there’s something indelible about its universe that keeps players coming back despite strong competition from the likes of RAGE and Mad Max. Wasteland is, at its core, a CRPG with strong writing and an emphasis on player choice. The remastered version may be your best bet for experiencing the game today, though, as it’s dated pretty badly.

Before Sid Meier’s Pirates!, there were very few experiences offering the chance to live life on the high seas. Like Elite, it’s an open-world game with the opportunity to do whatever you want; you can become a reasonably honest trader, fence against fellow pirates, or engage in surprisingly advanced naval combat. The 2004 remake is probably a better proposition by modern standards, but the first game laid the groundwork for a lot of modern open-world sims, not least Sea of Thieves.

Few people know that Will Wright’s city-building god sim actually got its start in the 1980s, albeit at the tail end of the decade. SimCity launched in 1989 and kick-started an entire genre, allowing players to zoom out and control their city at a macro level. SimCity was rebooted in 2013 to a less-than-stellar reception, with players citing an always-online requirement and dumbed-down gameplay as problems. Don’t let that taint the legacy of the original SimCity, which remains excellent to this day.

The very first Prince of Persia game was an intriguing proposition indeed, featuring rotoscoped animation based on creator Jordan Mechner’s little brother. The series has since spawned a number of classics, not least 2003’s Prince of Persia: The Sands of Time, but the original has a simple, quaint charm that’s hard to deny. The sprawling level design is reminiscent of Metroid or the original Vampire Killer, the animation is sumptuous, and the atmosphere is thick enough to drink. We strongly recommend checking out Prince of Persia if you have a love for old-school 2D platformers.