Slayer are embarking on the final leg of their farewell tour this fall, and they are releasing a motion picture and live album titled The Repentless Killogy.

The movie opens with three music videos — “You Against You”, “Repentless”, and “Pride in Prejudice” — that were filmed for the band’s Repentless album. The narrative portion of the movie was written and directed by BJ McDonnell, who helmed the three music videos. The movie then transitions to an entire Slayer concert, which was filmed at the Los Angeles Forum on August 5, 2017.

In addition to the film, an audio recording of the concert, titled The Repentless Killogy, Live at the Forum in Inglewood, CA, will be available on CD and vinyl.  Pre-orders are currently available for both the movie and the album, which both arrive on November 8th, at the website here.

Watch the trailer for The Repentless Killogy at the link here. 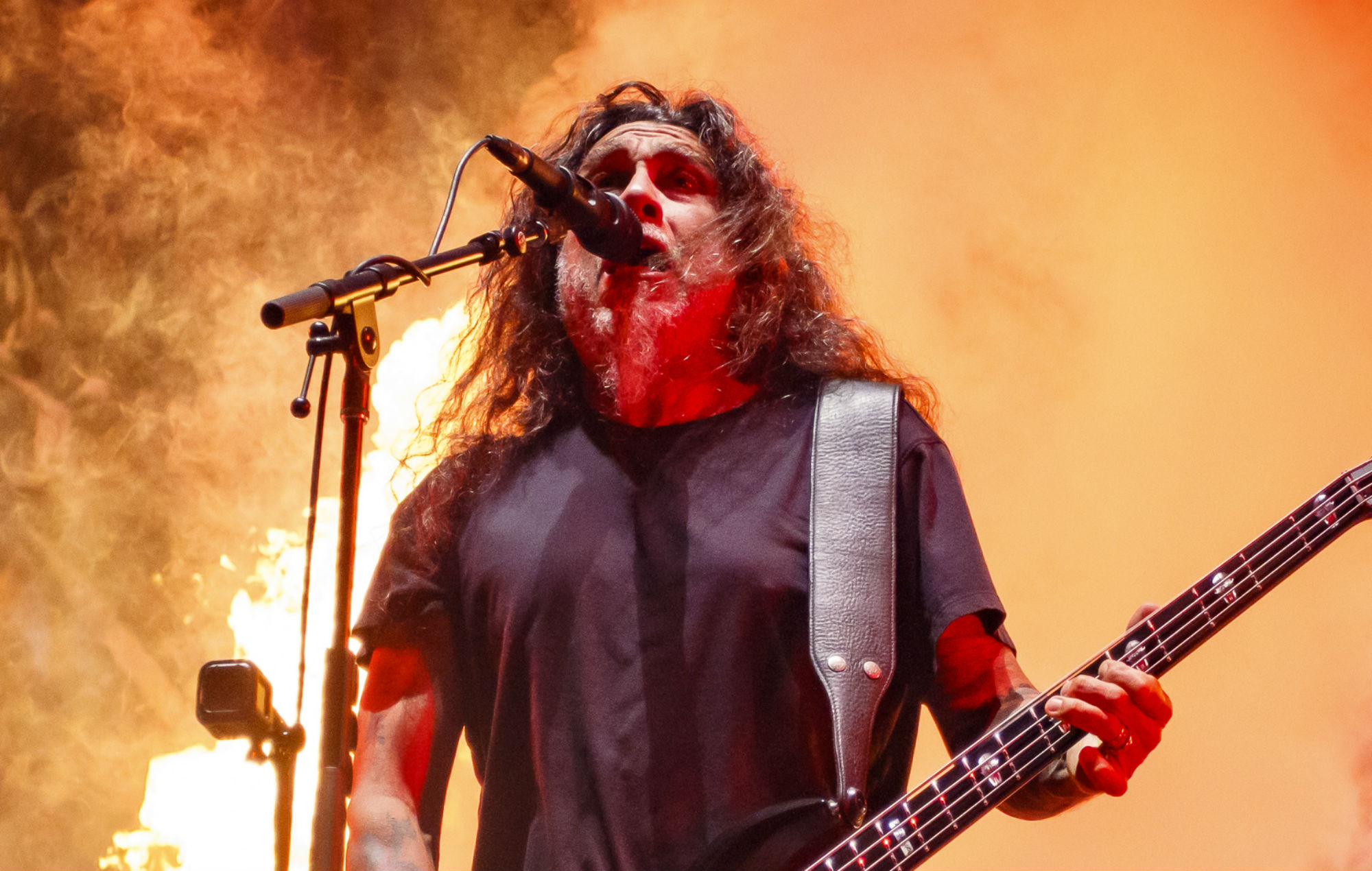