New Orleans Saints quarterback Drew Brees is set to undergo thumb surgery and is expected to be out six weeks.

Brees tore a ligament in the thumb on his injured throwing hand vs. the Los Angeles Rams on Sunday during the first quarter, when he collided with Rams defensive lineman Aaron Donald’s hand on an incomplete pass to Jared Cook. Backup quarterback Teddy Bridgewater played the rest of the game.

The schedule for the Saints (1-1) over the next several weeks includes games at Seattle, vs. Dallas, vs. Tampa, at Jacksonville, at Chicago and vs. Arizona. 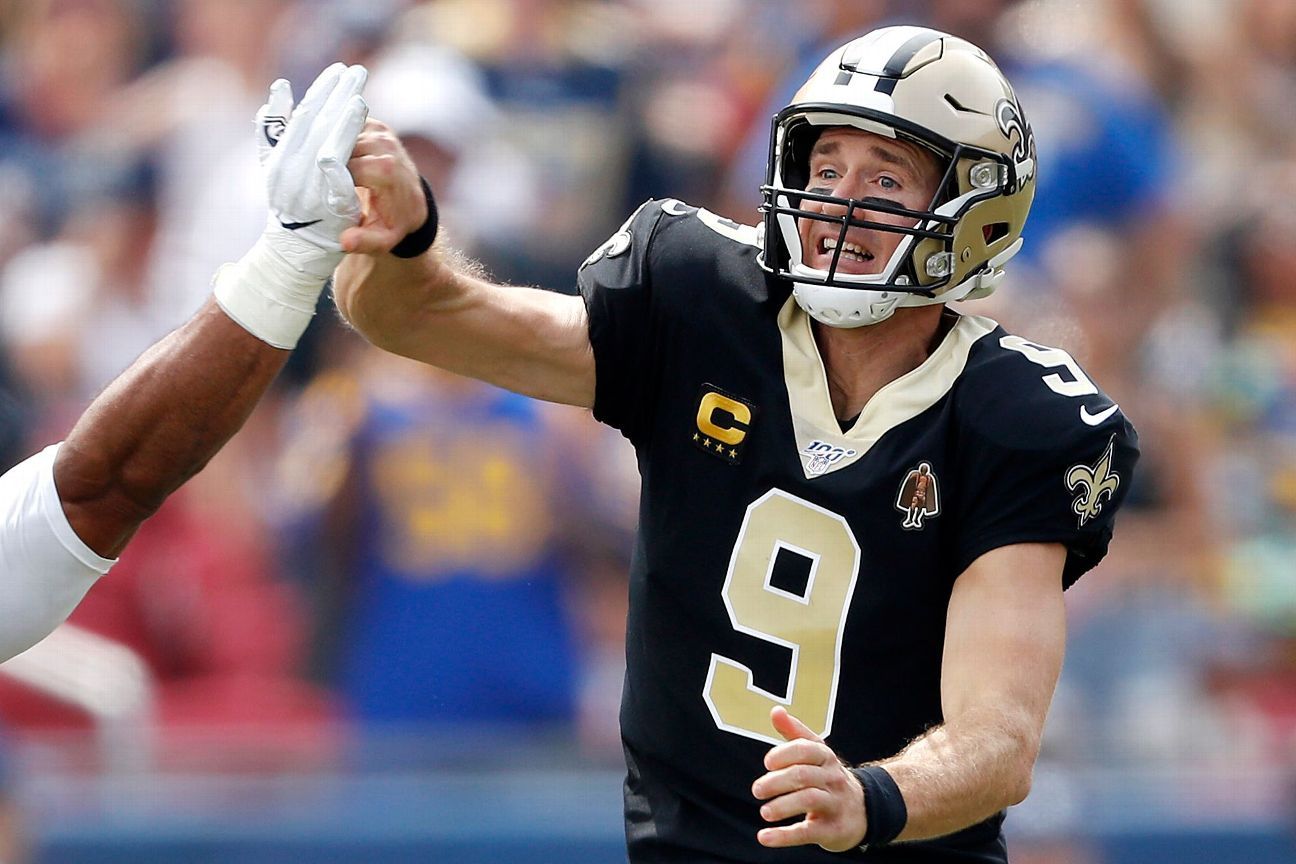