Ghost has released their new track, “Kiss The Go-Goat”, and its b-side “Mary On A Cross” which are both featured on a new limited-edition seven-inch single which will be released on September 27, alongside their inclusion on the Deluxe Collector’s Edition of their 2018 album, “Prequelle.”

The band announced on social media: “we wish to inform you Ghost has released two special tracks from the 1969 archives.”  The songs arrive following the debut of a video for the single, with lead vocals on both tunes handled by Papa Nihil, and not current frontman Cardinal Copia.

You can view the video for “Kiss The Go-Goat” at the link here. 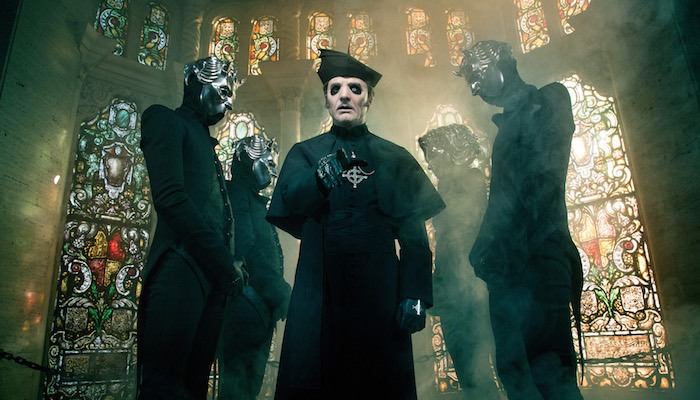